The Chosen of Civitas Mint 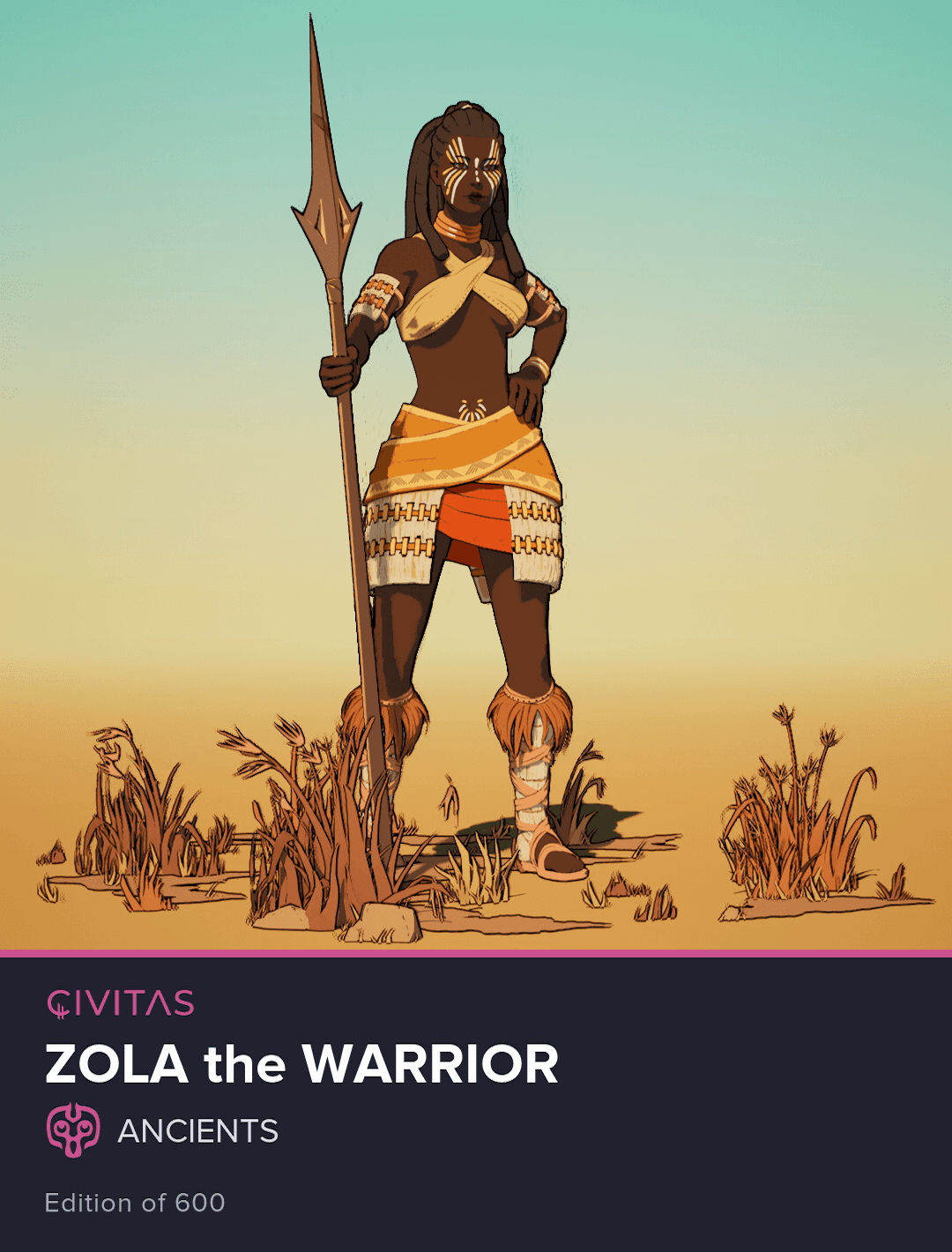 The characters in this limited collection are uniquely designed by our team and meticulously sculpted in 3D.

They are heroes that have been selected across space and time, with their own backstory and unique gameplay blessings.

These NFTs are very special because they provide, among other things:
●
Early game access
●
Periodical airdrops
●
Other exclusive rewards

More importantly, these characters represent each of us, the players in the game and the Civitas universe. They are not 2D profile pictures. 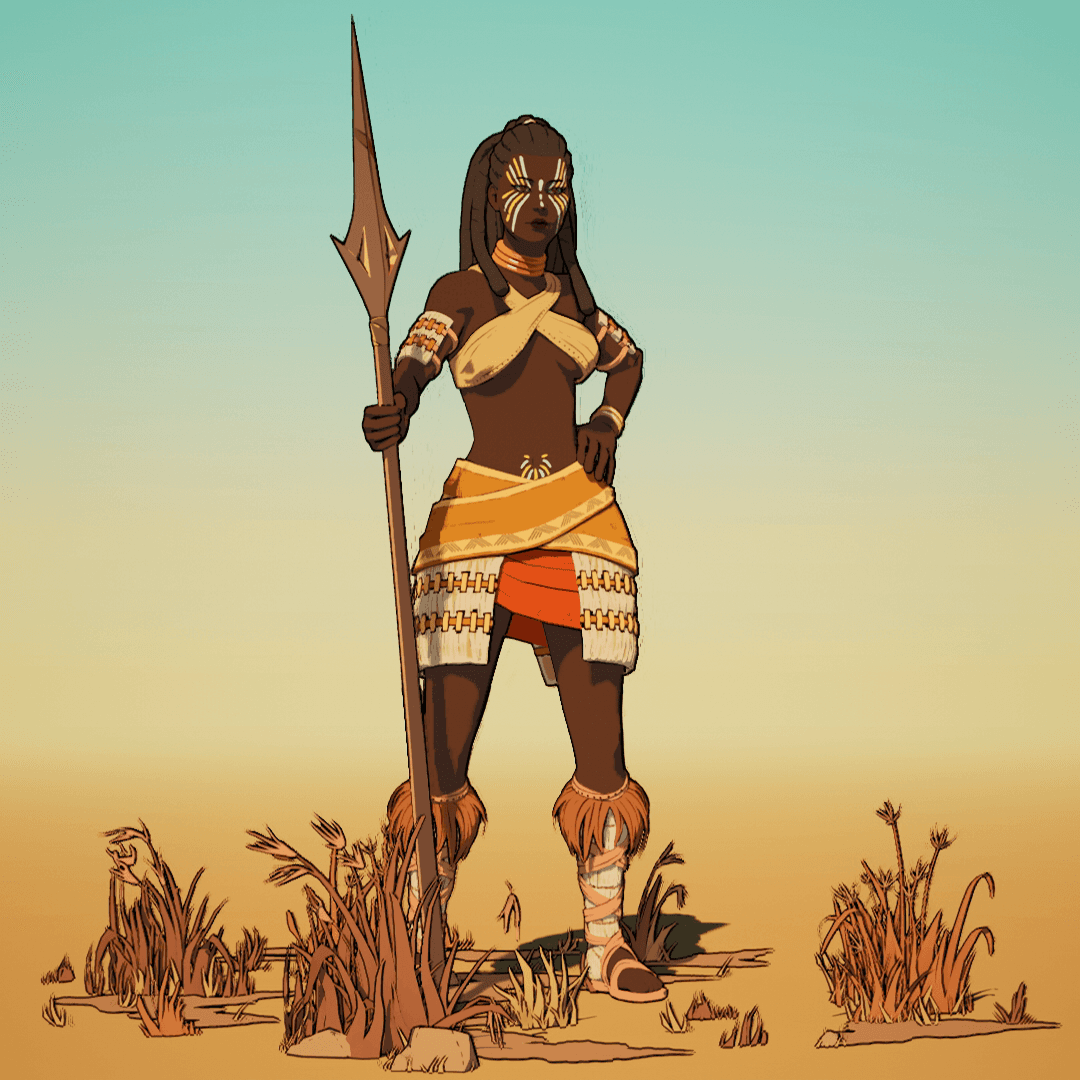 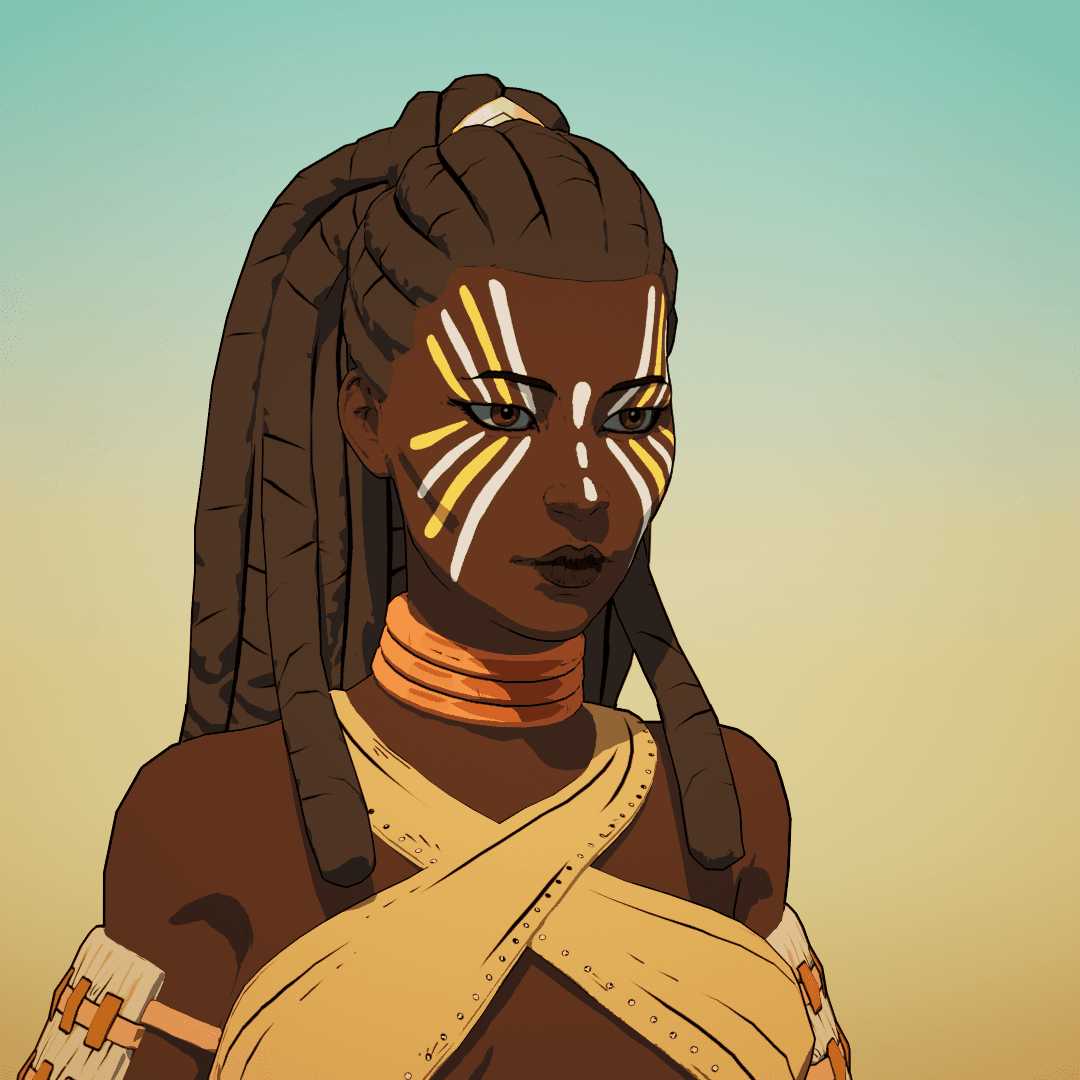 Utility of the chosen

●
Participants in the mint have the chance to enhance their character with ”Achievements”, NFT traits that are listed below, including but not limited to whitelist for future land auction.
●
These character archetypes are far more powerful than the free to play ones. They come from different eras and factions and new archetypes will be introduced as the collection expands.
●
With this mint, we are presenting 6 archetypes, each with their own limited-run. We also included the last 350 Shaman that complete the 400 distributed in the free mint earlier this year. The details of the distribution and rarity can be seen below.
●
Multiple characters can be used on land plots, as they have different utility in the game: era and factions matter. In addition to land, they can also affect the city they are parts of and its governance.
●
Characters can be assigned as experts to game functions like buildings, thus affecting crafting abilities and output. They can also be sent on expeditions, quests and used to participate in various events.
●
The Chosen can be made available to friends and other players through contracts.
●
These characters will be available for download to use with our AR application, which will soon be released. They can also be imported in 3D software for printing and game engines. They even like some metaverse!
●
Chosen holders periodically receive Ever Fragments through airdrops. When combined these Fragments become Ever Crystals, an essential ingredient in the creation of NFT land as well as greatly improving it. Thus making Chosen a big part in the world building, as well as passive income generators.

On October 4th our Dutch Auction will begin. It will last 48 hours and will be followed by a 24 hour whitelist period and a 24 public sale, if any are left.
Eth Price vs Hours
The Dutch Auction is 48 hours, starts very high and decays rapidly in the first hours, ending in a resting price.

The Dutch Auction is a 48 hour event, with a starting price at 4 ETH, which decays rapidly in the first hours and ends at the resting price, or sellout price, whichever comes first.

We value our partners and collaborators, along with their communities. We are making a whitelist available to them through raffles which will allow them to mint at 0.25 ETH. They are allowed only 1 mint per wallet.

To ensure that the NFTs acquired through the whitelist events contain the same rarity distribution, the mint is randomized and not in sequential order.

Once the Dutch Auction and whitelist time finishes, a public sale will begin for the remaining unminted characters, at a resting price of 0.3 ETH or at the last price printed in the Dutch Auction, if higher.

Should all the NFTs be minted during the Dutch Auction and whitelist, the public sale will not take place.

These minting rounds, as well as other similar activities, will continue to contribute to the Civitas DAO treasury. Unminted characters will also become part of the DAO treasury and used for future activities and rewards.

During mint, certain perks and rewards will be distributed onto the NFT collection as traits. Mint Achievements are part of the character reveals after the mint.

Any wallet that holds a Shaman NFT and participates in the Dutch Auction will be able to claim a limited edition building.

Of the first 25 mint wallets, 1 will be drawn to win a trip to Iceland and hang out with the dev team.

One lucky minter will work with our Art Director and design a future character NFT for Civitas.

The first 250 mint wallets, during all stages, enter a draw to win 1 of 10 free airdropped Ninsiku NFTs.

25 randomly selected mint wallets will be able to claim a physical Citizen Token.

Of the first 1500 mint wallets during all stages, 100 will be randomly selected to win a free mint for land.

During Dutch Auction, all wallets minting above 1.5 ETH will receive a signed physical edition of "Civitas Character Collection Catalogue Vol. 1" and a physical Citizen Token!

150 randomly selected mint wallets will receive a limited edition building to place on their land.

Who are the new chosen

Follow us on all the major social medias.
DiscordMediumTwitterTelegram

Achievements are raffle rewards that will show up on your character NFT as a trait, which is either displayed as claimed or unclaimed.
Upon the reveal of the character NFTs, the winners are announced and the traits become visible on their character NFT as unclaimed.
Winners must claim the achievement reward with Civitas and following a successful claim, the character NFT trait changes to being “claimed”.
Unclaimed and claimed Achievements can be sold and traded as part of a character NFT, but only unclaimed traits still retain their reward.
Achievements are unlocked on a “per wallet” basis. For the avoidance of doubt, this means that the first 250 wallets to enter a draw can unlock achievements, not the first 250 mints.
Achievements have a cooldown claiming period. The owner of a character NFT must hold his character off market places for 48 hrs after submitting a claim. For sake of clarity, NFTs cannot be flipped during the achievement claiming process.If an NFT is sold AFTER the winner has claimed its achievement but BEFORE the cooldown period is over, the buyer of such NFT will receive the reward.
Should a winner be unable to claim the physical aspect, and is unable to travel, the Achievement trait on their character NFT will still be unlocked.

We reserve the right to decline the physical claim, and/or reassign the Achievement to the next eligible winner during the audit and claiming process should a winner be caught in fraud, cheating, deceiving, or dishonorable conduct.

Transport, lodging, events, and communication costs are covered by the DAO. Income taxes, tolls, immigration fees, miniguns, armored trucks, or anti-air missiles to name a few, are not part of the costs covered by us.